“We all know, with our experience, that a band’s life always goes really fast so we acted quickly rather than letting things drag on.”

Quick introduction, where are you from ? what are your other bands ? How did you decide “we’re gonna make a new band, and it’s gonna be fast music” ?

Hello, we come from Tours, France.

Giny (singer) : I play guitar in Sisterhood Issue (punk hardcore), my oldest band. I play bass guitar in Sueurs Froides (punk rock), I also have another band, as a singer, called Alma (hardcore 90’s) and sometimes I go on tour with Nine Eleven as a live singer.

Simon (guitar) : I sing in Verbal Razors (Thrash Crossover) and I have another band in which I play guitar, Ed Warner (crust punk).

Severin (drums) : I had a grind band, Crash Victim Cannibalism and Cromwell O (screamo) but these times I only play in Løvve.

At the beginning nothing was decided about the style of music, we have evolved in this direction due to Severin’s drumming, quite grind/fast, but anyway we were about to do fast music because none of us played this particular style before…

It’s a strong start for you, in one year you did two tours and one album, where was that ? how was that ?

It happened very fastly but it wasn’t premeditated even if we wanted to record quickly to be able to go on tour with an album. Moreover with four people almost jobless in the band, it’s easier to do it with no loss of time. Everything went well then, we booked week-ends in France and a tour last september in Europe (Germany, Czech Republic, Poland, France).

It was awesome, promoters, places, people who went to the shows… The welcoming was always perfect and moreover we sold a lot of cds : it’s great as a new band.

Did you planned to start as strong as this or did it came to you naturally ? What are your next plans ?

We didn’t planned it, but we all know, with our experience, that a band’s life always goes really fast so we acted quickly rather than letting things drag on. About what’s next, we’ll have 3 big week-ends in march, then a tour at the end of May with Nine Eleven (Spain, Portugal), then a twenty days tour in eastern Europe with Verbal Razors and Heavy Heart from Nantes.

Can you tell us more about the labels involved in the co-producion of your album ?

For the release of the album, it was Dirty Guys Rock from Tours. He’s a friend of us who set up this label, and he proposed us to release us.  Then there’s also Kalvaire Rcds who proposed us to participate to the co-production and finally Dingleberry Rcds in Germany.

Last but not least, how the “scene” going on in Tours ?

We figure it out that in France there’s a lot of microcosms in our different cities and that everyone is acting in his own way, and even has his own style of music sometimes. Everyone get involved, I mean we help each other to play in our towns and it participates to keep this scene alive. We realize that people doesn’t really know this town and that they think it’s a “dead town” but there’s more and more pubs with live music, so now it’s almost one gig each night ! There’s also more and more promoters, so we don’t have to complain.

Do you have band names that you like very much and people should know ? 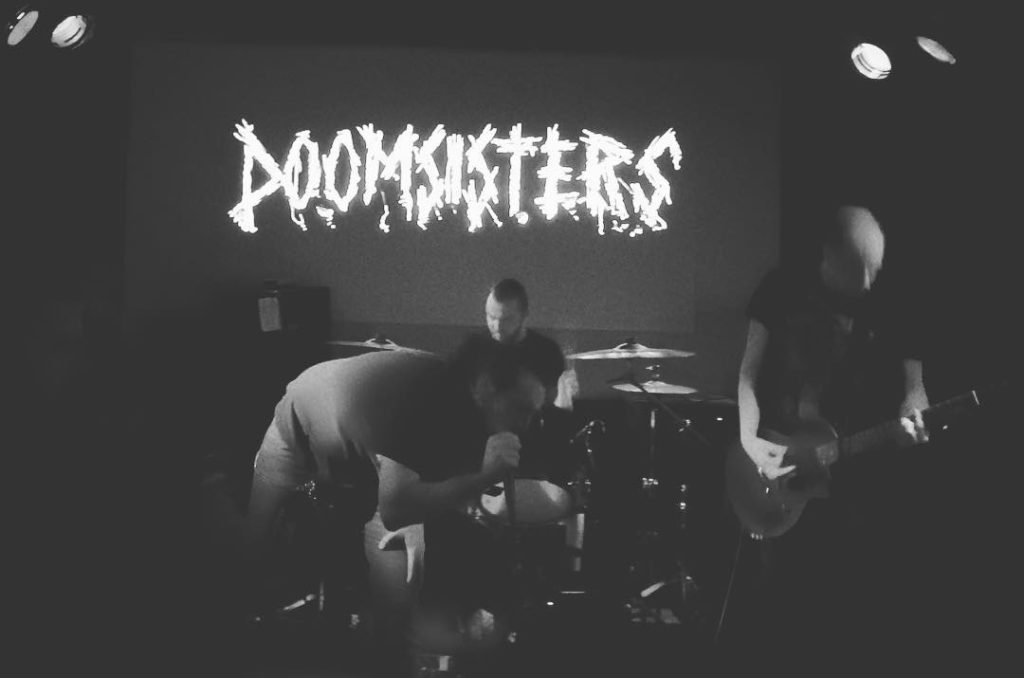 ” One time in Croatia, just before playing, I put my microphone in a garland without bulb. I felt completely knocked out. To finally see...

From the start I’ve only recorded bands with people I get along with. So I have no bad memories. After we can of course talk...

As far as Feastem goes, we had to cancel our European tour and will most likely have to cancel the shows we had planned in...

"We were squashed into a shipping container with loads of people in Slovenia and it was minus-13 outside with six foot snowdrifts."

LIXIVIAT Records The foul soundtrack for a burning world